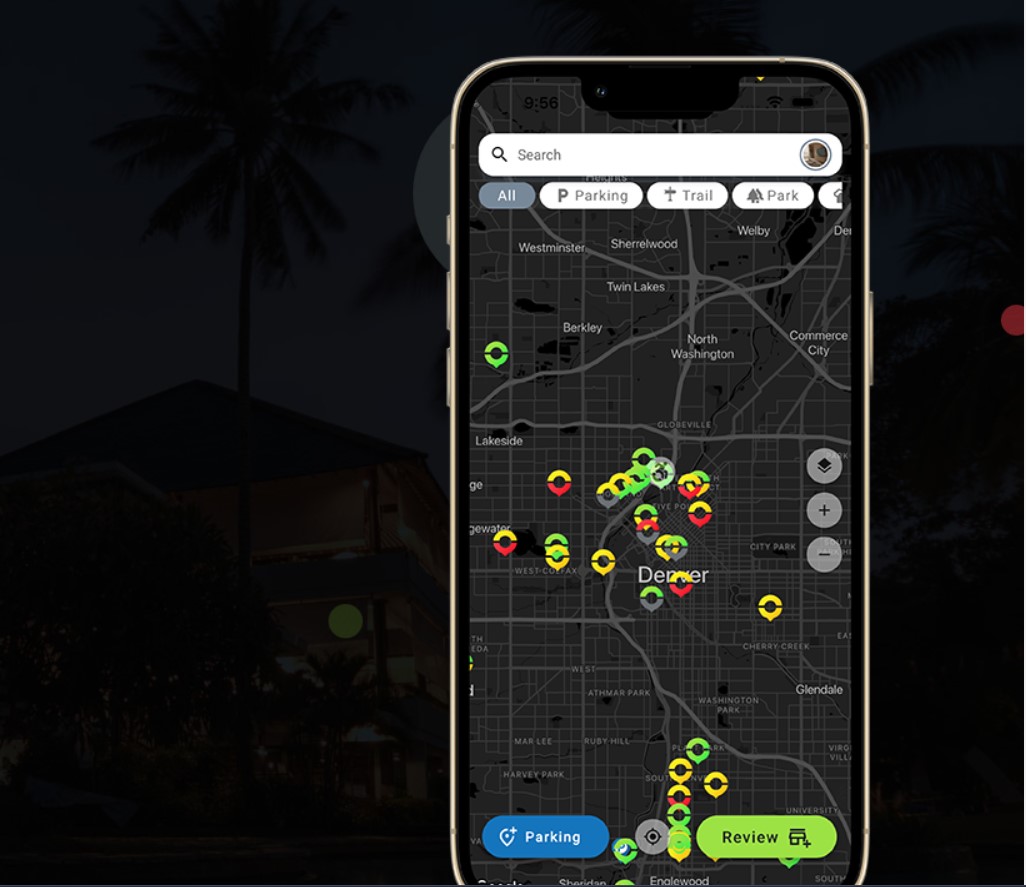 Image of the application

Before Covid-rendered public gatherings for many disabled people unsafe, before the UK’s equality act, before SCOPE changed their name from the Spastic Society, before Trump made fun of disabled journalist Steve Kovaleski and the right wing political machine made it their life’s work to make John Fetterman look unfit for American office, there was Seinfeld.

Now, you might be asking yourself, “What does a ‘90’s sitcom have with creating accessibility in community.” Well, let’s flash back to season four, episode 22, which originally aired on May 13, 1993. 27.6 million viewers heard George, Jerry, Elaine, and Kramer argue about whether or not disabled people actually use a disabled parking space. As Kramer puts it, “...If they could drive, they wouldn’t be handicapped…I’ve got news for ya, handicapped people, they don’t even wanna park there, they wanna be treated like everyone else, that’s why those spaces are always empty.”

Non-reclaimed language aside, it seems as if much of North America’s infrastructure has historically taken Kramer at his word. There have been efforts to dispel this notion– including viral tweets that helpfully point out that disabled people are, in fact, not werewolves and do wander out into the world–and one of the most visible ways accessibility has been highlighted is via digital applications.

But collective access creation didn’t appear with the advent of an app store. As Dr. Aimi Hamraie, founder of the Critical Design Lab  put it in their 2018 piece for The Atlantic, “People have been crowdsourcing accessibility data far longer than apps have been around. Disability activists have been drawing maps by hand for decades to prove the need for curb cuts, wheelchair ramps, signage, and other features that make public access possible, particularly for wheelchair users.”

The links Hamraie includes show a history that holds a multitude of projects in order to create access. Those efforts are not all to do with wheelchair users, either. Crohns and Colitis Canada advertises the Washroom Locator App, for those in the country who want that bathroom-related peace of mind.

And now, in Colorado, comes an app that’s hoping to crowdsource access on a broad scale.

Joe Foster is well acquainted with the general inaccessibility of a night out with a group of disabled people. In his work with Team USA para-skiers he found himself following the typical routine: phone ahead to an establishment, ask if things are accessible, be told they are, show up, find steps and an ancient elevator.

Joe switched his focus from an initial plan to sell equipment like side guards that would make winter-time recreation easier, to building the app that would grow to become Roll Mobility, alongside a number of colleagues, including Laura Sporrer and Shane Blandford.

Sporrer says her experience living in a rural small town influences how she views accessibility and the ways in which the app can create access. Another influence is her day-job.

“My nine-to five is in the restaurant industry, and we hear a lot about how changes to buildings are not profitable, or it just doesn't make sense, or it's too much work, or it's clunky. And I understand that perspective, but I also think when we talk about. like, curbside delivery, right? That was always [seen as] too hard to figure out  and we spent about four weeks in the pandemic, and all of a sudden, it was figured out pretty quickly. So for me, I just love the way that we are building a business case to really change the way that we think about business, the way that we think about accessibility, profitability, and standards.”

The app, which has many of its reviews currently centred in Colorado, was a few years in the making and went through multiple iterations. Now, you can use a search function, filter through locations like bars, restaurants, bathrooms, and parking spots, and you can leave a review with images and a rating for the bathroom and general wheelchair accessibility. The goal is to further expand to a messaging portion of the app that allows users to discuss community issues. Sporrer says that the lengthy development process was about being thoughtful rather than rushing to market.

“We really wanted to make sure that, when we had something to put out there, we didn't want to cause any more problems for people. Like,  If we don't have this buttoned up and an actual usable tool, then l don't want to waste people's time with it because the whole point is these people [users] don't have time to waste, right? Like, I don't need to hand off another problem.”

Foster says that his work on the app and time within the disability community has influenced his work as a physiotherapist as well.

“As a therapist I think I’ve had, also, a shift in perspective. Where, always, the goal was to empower people, but I think that, especially as therapists, there is a tendency to still view them [clients] through the lens of ableism rather than giving people the opportunity to dictate their own destiny… What we really want is we want the community to tell us what they want. We're not here to tell, we're here to listen.”

The app is available on the Apple App Store and from Google Play.