The Music that Sparks Crip Euphoria 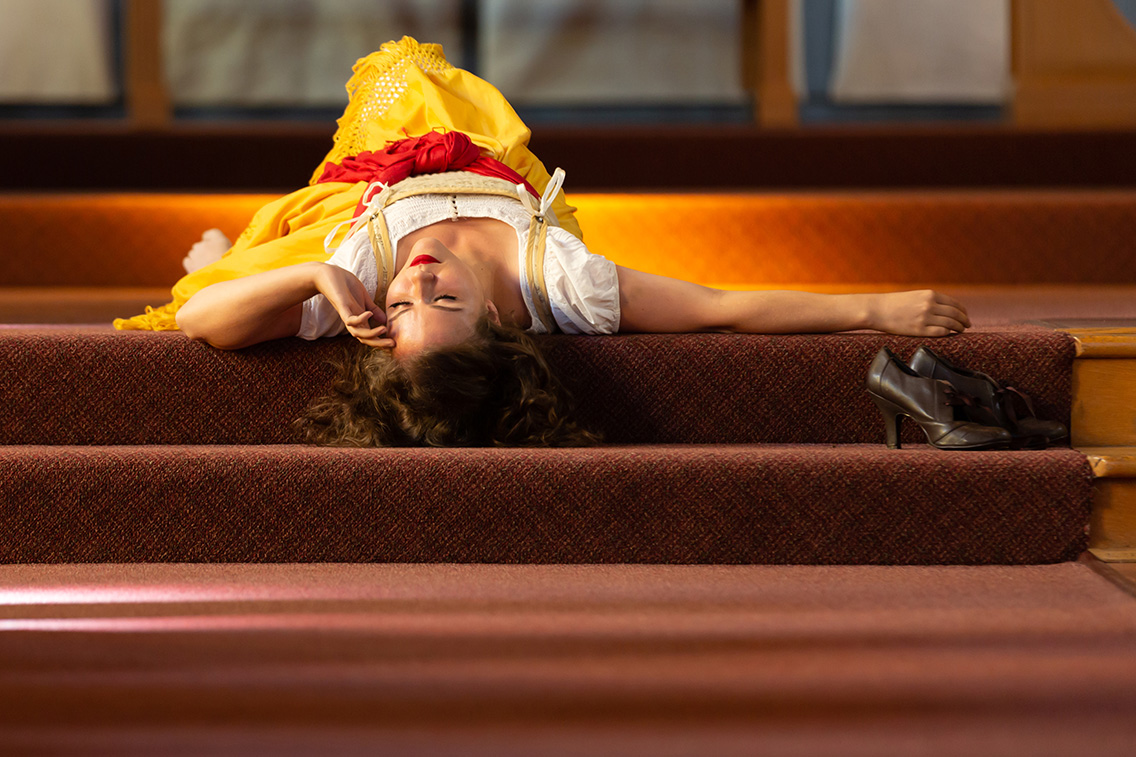 Who let this cripple on the microphone isn’t a rhetorical question for Reverend Chris Wylie. Known as DJ Pastor Rock, The NY state-based singer, songwriter, and rapper released a song with those lyrics as part of his 2022 album Rolling Nation. He says that creating music has been a way for him to be at home in his body and mind even as his careers – as a music producer, banker, united Methodist pastor, and now artist have rolled on. As he puts it, “I’ve never met a microphone I didn’t like.” He's also not shy about how he sees disability justice and disability culture.

Wylie lists groups like Soundgarden, NWA, and Public Enemy amongst his influences and has used his work to fund accessible vans for low income disabled people in his area, founding a charity to do so. He’s also a member of RAMPD (Recording Artists and Musicians with Disabilities) and NY State’s chapter of the Poor People’s Campaign. He says his musical influences make him an “angsty gen Xer,” focused on crip liberation, someone who grew up in the pre- Americans with Disabilities Act (ADA) era and is deeply connected to the mission of grassroots organisations like ADAPT.

That journey started on a high school baseball field where ableism meant he was kept off the team. From there, he picked up bass guitar before shifting over to drums. He says that entering into music was about reclaiming agency.

Eventually Wylie would come to own a music studio, producing as well as dabbling in artist management. The path to releasing music as an artist didn’t come until reduced mobility led to him having to transition away from ministry and he started talking to Americana artist Sam Baker and another performer – who features on his album – MC Lars. It was a meeting that Wylie says started with a little bit of an awkward encounter as he navigated getting settled at the gig and tried to decide if the person who was coming towards him was hoping for a dose of inspiration.

Cut to one on-stage freestyle later and Wylie says he was getting advice from Lars after the show about finding source material from his religious education to make music.

“So I'm leaving and he's like, ‘So you said you're a pastor?’ and I said, “Yeah.” And he's like, “I'd love to know more about that, would you mind sending me an email? '' He pulls out a card and writes his personal information on the back. So I sent him an email, you know, outlining kind of how my path to ministry [went] and stuff and we started talking and struck up a friendship sort of thing.”

Wylie is by no means alone in his goal to bask in musical experiences that spark some kind of crip euphoria. Robin Hahn, a Canadian disabled opera singer is another artist who teaches, both with students and more publicly on YouTube, while creating from a very disability-focused perspective in an area in the arts world that is predisposed against disabled performers.

“Often, when you're an emerging opera singer, you're sort of expected to pound pavement and spend a lot of time, you know, sleeping in long haul buses and dragging all of your possessions behind you in a single suitcase. And that became less and less doable for me so I had to change my expectation over time of what my career would actually look like.”

Hahn, who spent part of their career in Europe before returning to Canada, works regularly as a co-founder of the country’s first fully disability-led opera company, Opera Mariposa. They point to characters like Mimì from La bohème as a role where their identity connects with the aria they are singing. Hahn feels connected as their character “makes a fuss” in a life where she is expected to embody the trope of the innocent disabled know nothing.

“As my body has changed and as my needs have changed, I have reconciled with the desire to sort of diminish its needs and try not to kick up a fuss, essentially, And have had to reconcile with that instinct and learn to accept the changes that have been in my body and embrace my disabled identity and find joy within that. Not despite that, not before that, just in my disabled life. So I resonate a lot with this moment of just pure joy in a disabled body and in a time and in a situation where you're not encouraged to feel that particularly loudly.”

Despite subtitling and surtitling being a longstanding feature of opera performances, Hahn says that just because tools that disabled people identify as being about access exist in these spaces, doesn’t mean they are being thought of in that way by the wider community. For the soprano, the opera world has an embedded ableism that is saying the quiet part out loud.

“Very few people in the opera world are going to say something explicitly ableist to their audience’s faces it's just built in like nobody even has that conversation… and I think that runs through to when you when they encounter stories with disabled characters, it just wouldn't even occur to people that this is the story that you're actually telling.”

The stories told on Rolling Nation are ones deeply influenced by the collaborations that built the album. From home, Wylie went from learning about GarageBand to producing with artists in Canada as well as the US. The isolation that COVID meant for him, while it disrupted the typical production of the album, was something he’d experienced before after a knee replacement.

While Wylie connects with music through his space at home, Hahn says that opera is just starting to deconstruct its ableism.

“I do think there's more space for opera to be a space for crip euphoria, as I said, there's music that can do that, there are stories that can do that. I just think opera is only sort of beginning to reconcile with the fact that that already exists.”